Home » Blog » From Bob's Desk » “Help Others Succeed” And Watch Your Business Increase! 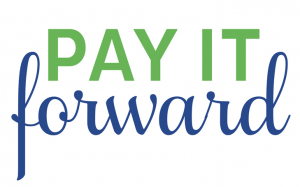 I think I may have touched a nerve or two here with my altruistic thinking of late! Along the lines of doing something nice for others and calling a prospect or client each day to offer help, I want to explain how helping and “promoting” others is a homerun for you! One saying I like to use with those who work with me is, “if I shine, you become a star.”

Quite simply, we’re taking a lesson from the Ronald Reagan Handbook of surrounding yourself with great people. While Reagan was known as The Great Communicator, no doubt in part to his experience as an actor, he was never known for his off-the-chart intellect, like a Bill Clinton, Jimmy Carter or Barack Obama. One of the keys to great leadership – and Reagan was truly one of the best leaders of our time – is to have the self-confidence to surround yourself with people smarter than you in your areas of weakness. Why, you might ask, does this take courage? We live in a world where everyone is competing. The fear is, if I promote you as good at something, does that make me bad at the same task? If I promote you, who’s going to promote me?

Strong leaders recognize that they cannot possibly be all things to all people, nor would they ever try. They don’t have to be. What they have to be are strong leaders, and few can assume that task successfully! Remember what Jack Welch said in his Big Six: “Don’t manage, lead.” By surrounding yourself with the best and promoting others, you exude confidence, sending a clear message of who is in charge and that only the best and brightest need apply. My son Taylor tells his friends that if they want to work with me, “my dad does not do stupid or lazy.” Few can carry the mantle of strong leadership. In a recent interview, Ron Paul said he doesn’t see himself in the Oval Office, nor does he expect to win the nomination. His campaign is, in part, all about establishing a platform, effecting change.

So, how do you promote others? You’ve all heard of the “snowball effect.” The idea is that once something takes hold, the words, ideas, and plan gain momentum and soon increase in power and commitment. It’s one thing to call and ask someone how you can help them, but it’s entirely another to take the matter into your own hands by promoting or celebrating someone. Know anyone who is so good at what they do that you want to shout it to the world? What’s holding you back? If you know someone who writes, speaks, teaches or coaches about something that would be of tremendous value to a friend, client or prospect, promote that person to others! When I’m paid a compliment for adding value to someone’s life, I like to say, “don’t keep me a secret.” Does this make us self-absorbed or altruistic? I think the latter, but for fear of rejection or fear of perception, we don’t do this often enough.

I want you to do this. Do you have a website, Facebook page, social club, client list, newsletter, through which you can promote someone else? When I produced a
newsletter years back, we always had a “Client’s Corner,” where we would salute one of our clients or prospects. How flattered would your clients be if you asked to celebrate them, just because they are good at what they do! Wow, what a simple concept, just simply not done. So go ahead, start now. Start paying it forward. Blast the word through all your viral (and not-so-viral) outlets that you are here to share and celebrate a success story.

Don’t Keep Me A Secret!

One Response to “Help Others Succeed” And Watch Your Business Increase!